Annual Vinca – Catharanthus Roseus is from the Apocynaceae family of plants. It is native to Madagascar. Vinca is the Latin name and the English name is Periwinkle. It is a herbaceous subshrub that grows 15 to 45cm or 6 to 18in. Some varieties of Vinca are evergreen and some deciduous. The flowers have five petals and it flowers throughout the growing season generally June to frost or late autumn. It is used as a ground cover as well in containers. Catharanthus Roseus is also known as Madagascar Periwinkle.

It should be planted in moist, well-drained soil in sun or partial shade. It is a low maintenance plant and though it is a perennial it is usually treated as an annual. When watered it is best not to overhead water. Catharanthus Roseus is Rabbit tolerant and drought-resistant. You can propagate from seeds in the winter in a controlled environment or from cuttings in late summer. It is also self-seeding. 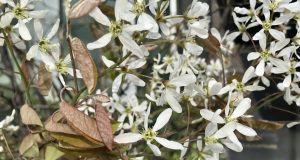 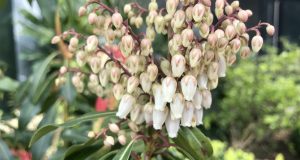 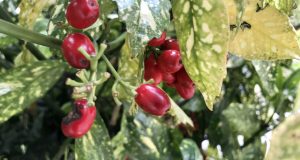