Aesculus parviflora (paviflora means small-flowered) is also known as Bottlebrush Buckeye, Dwarf Buckeye, or Dwarf Horse Chestnut. It is part of the Sapindaceae family of plants. It was first noted and described by William Bartram during his travels in 1773-78. It was introduced in England by John Fraser. This is a deciduous shrub native to the United States. It is ideal for shady locations.

Plant Aesculus parviflora in the sun, partial shade or full shade, in moist but well-drained soil. It is pest-free, but watch out for Coral spot and leaf spot. Aesculus parviflora is a suckering plant so it can be propagated from suckers. The flowers attract butterflies. It is deer and rabbit-tolerant. It does not require pruning except for shaping it. 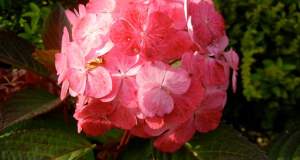 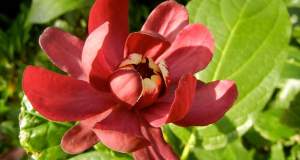 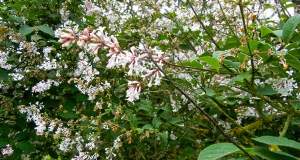