Cosmos sulphureus is also known as Bidens sulphurea or Yellow Cosmos. It is part of the Asteraceae family of plants. It is a half-hardy annual. It is native to Mexico, Central America, and South America. Most cultivar’s height range between 30cm to 90cm or 1 to 3ft. The foliage is opposite and pinnately divided. The flowers range from yellow to oranges and red. It flowers through summer and autumn.

Plant Cosmos sulphureus in the sun in moist but well-drained soil. It prefers more alkaline soil. This is a drought-tolerant plant. Deadheading flowers can prolong the flowering season.

Cosmos sulphureus attracts birds and butterflies. It is self-seeding and is considered invasive in the United States. Propagate Cosmos sulphureus from seeds usually, it germinates between 1 to 3 weeks depending on the climate. It flowers about two months after germination. It is generally disease-free and pest-free, however, watch out for gray mold, slugs, and aphids.

Cosmos sulphureus is used as food for example in Indonesia it is called Lalab or Gudang, which are the young shoots of Cosmos sulphureus and are consumed raw as well as cooked, in Thailand, they make tea from the flowers. The flowers can be used as a dye for fabric or wool.

Cosmos sulphureus photos on this page are photographed at the Cleary Garden in London. Cleary Garden is a small stepped terrace garden that was created after the bombing of World War II. 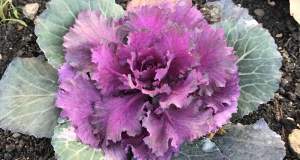 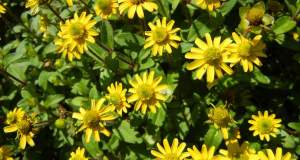 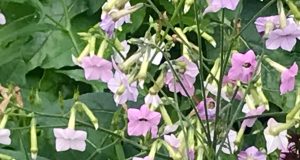