Keukenhof is one of the largest gardens located in the Netherlands. It is situated in Lisse. This garden or park which is sometimes called the Garden of Europe is about 79 acres and over 7 million bulbs are planted in this garden each year.

Keukenhof actually means Kitchen Garden. The grounds were originally hunting grounds of Teylingen Castle in Dutch: Slot Teylingen, in the town of Voohout. Only ruins of the castle remain today which dates back to the 13th century. The castle was damaged during the Eighty Years War in 1570 it was restored but burnt in 1675. Later in 1795 it was nationalized and sold.

Keukenhof was the kitchen garden for the Castle during the time of Countess Jacoba even Beieren. However in 1638, the estate was bought by Adriaen Maertensz Block, and he built a large manor house name Keukenhof. In 1800s Baron and Baroness Van Pallandt commissioned a redesign of the park by architect Jan David Zocher and his son. But the park as it is known today was really established in 1949. It was established by bulb growers and flower exporters to exhibit their plants. It operates under a charitable organization.

The park has 40 gardeners who plant the bulbs each year and the bulbs are donated by different growers. The bulbs are planned for longer blooming throughout the park. Besides the bulb gardens, there is an English garden and a Japanese garden among others. Over 1.5 million people visit the park each year. All the revenue for managing the park is derived from entry ticket sales and the park does not receive any government aid.

How to get to Keukenhof:

Keukenhof is situated between Amsterdam and The Hague in the Bulb region. From the highway and major roads, the route to Keukenhof is clearly indicated.

The Parking at Keukenhof

The locations of both of the parking lots are clearly indicated on signs located around the park.
Keukenhof has its own parking facility for passenger vehicles. The price for parking is € 6,00.
For busses, there is a separate parking area ( P-Hoofd ). No parking fees are charged for busses.
You can park your bicycle in the bicycle racks at both parking areas.

Getting Keukenhof by car

You can borrow a wheelchair at Keukenhof.

The most environmentally-friendly way to visit Keukenhof is by public transport. The Connexxion bus company has a lot of bus lines to Keukenhof. From 24 March 2011, a direct bus will run to Keukenhof from Schiphol, The Hague, and Leiden.

From the Leidseplein/Museumplein you can take the red Sternet bus 197 to Schiphol Airport (busses run 5-6 times per hour). At the Airport, you can change to the Keukenhof bus 58.
You can buy your combi tickets at the Tourist Information desk at the Trainstation and at Leidseplein. (Prices: adults € 25.-, 65+ € 18.- and children (4-11 years) € 11.-)

From Schiphol Airport
The bus 58 runs on Monday till Friday 4 times an hour and in weekends even 8 times an hour and leaves Schiphol from platform B1/ B3 at the Schiphol Plaza bus station. The journey to Keukenhof takes 35 minutes. The last bus back to Schiphol leaves at 19.22. International trains from Paris, Berlin, and Brussels also stop at Schiphol.

From The Hague Central Station
Bus 89 runs only from Monday till Friday every 30 minutes. Travel time: about 50 minutes.

You can park your bicycle in the bicycle racks at both parking areas. Would you like to make a bicycle trip from Keukenhof through the flowering fields of the Bulb region? And rent a bike? 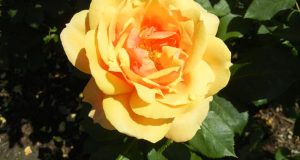 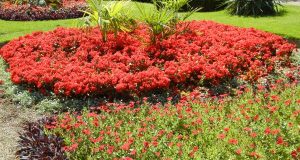 The Hottest Day this Summer in London at Regent’s Park