Regent’s Park in London was designed by John Nash (18 January 1752 – 13 May 1835) who is also the architect for Brighton’s Royal Pavilion and Buckingham Palace. Regent’s Park spans 395 acres and includes the Queen Mary’s Garden, the London Zoo, large sports facilities, and open-air theatre. It was called Marylebone Park and was appropriated as royal chase grounds by Henry VIII until 1646. Queen Mary’s Garden was designed in the 1930s.

John Nash, an architect to the Prince Regent, renamed The Regent’s Park and included in his design a lake, a canal, and the new royal residence. The park was to link to the Prince’s other residence at St James’s Palace through a processional road however the design was never implemented since the Prince chose instead to improve the Buckingham Palace. Queen Mary’s Garden includes over 12,000 roses. The park changes flowers and displays beautiful flowers for each season as well as natural landscaping, lakes, and waterfalls. 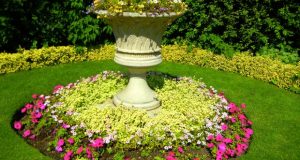 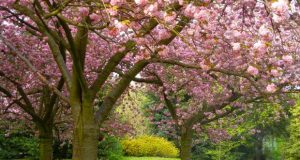 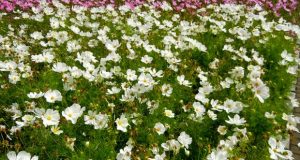