Echium candicans is a large herbaceous biennial. It is also known as the Pride of Madeira or Echium ‘Pride of Madeira’. As its common name suggests it is native to the island of Madeira. Madeira is an autonomous region in Portugal, about 400km or 250mi north of Canary Islands and to the west of Morocco. Echium candicans is part of the Boraginaceae family of plants. It is drought tolerant and used as an ornamental plant around the world.

Echium candicans is a sub-shrub that has grey and hairy lance-shaped leaves. In the first year after it germinates it produces a large rosette of leaves and then in the second year or subsequent years, it produces stalks of bluish-violet flowers and rough leaves. Echium candicans flowers in spring and summer. It can grow up to 2.5m or 8ft high.

Echium candicans is an evergreen plant but can only tolerate temperatures down to 7°C or 45°F and should be protected in colder areas during the winter season. It is considered an invasive plant in California, New Zealand, and Australia, but it is still used as an ornamental garden plant. Plant Echium candicans in the sun in moderately fertile but well-drained soil. Propagate from seeds. It does not require pruning. It is disease-free, but watch out for whitefly, red spider mite, vine weevils.

Echium candicans is popular with butterflies and bees. 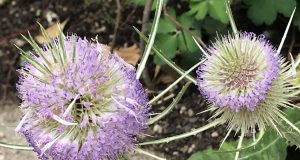 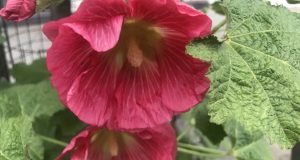 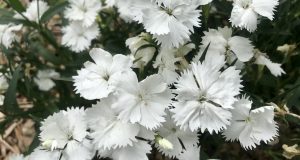