Iris sanguinea is also known as the Blood-red Iris, Iris thunbergii, Iris nertschinskia, Iris sibrica var. orientalis, Iris orientalis, Iris sieboldii. It is part of the Iridaceae family of plants. It is a rhizomatous perennial native to South Siberia to Japan. Iris sanguinea was first named Iris orientalis in 1794 by Carl Peter von Thunberg (743-1828), Swedish naturalist, he is known as the father of South African botany. He arrived in Dejima, Japan in 1775 and left for Java in 1776. It was first published as Iris sanguinea, by Jens Wilken Homemann (1770-1841), a Danish botanist, in Hortus Regius Botanicus Hafniensis in 1813.

Iris sanguinea can grow to about 90cm or 3ft tall. It has erect narrow sword-like leaves. The reddish-purple flowers appear on unbranched stems. You can distinguish it from Iris siberica which has branched stems whereas I. sanguinea does not. Each stem could hold two or three flowers. Iris sanguinea flowering season is in the summer. The flower has to pairs of petals, three large sepals or falls plus three inner petals. After flowering, Iris sanguinea produces an ellipsoid-shaped seed capsule.

Plant Iris sanguinea in the sun or partial shade in neutral to acid soil, well-drained. Propagate from seed or by dividing rhizomes. Watch out for slugs, snails, thrips, and grey mold. 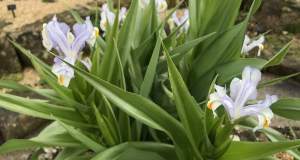 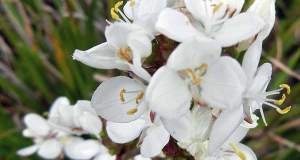 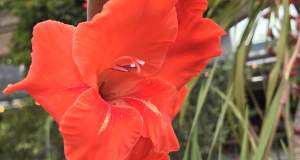