Aucuba japonica is a medium to large size shrub, native to China, Japan, and Korea. The leaves are variegated forms. It is also known as Japanese Aucuba, Japanese Laurel, Spotted Laurel, or Gold Dust Plant. It is hardy and can grow in most difficult situations, such as dry and shady, however, it does not do well if it is water-logged. Aucuba japonica withstands coastal situations. It is grown both outdoors or in containers as houseplants. It is very easy to grow. Plant it in the sun or partial shade.

Interestingly Aucuba japonica was brought to the UK in 1783 by John Graeffer and was cultivated though all the plants were female and it was not until 80 years later when a male plant was imported to the UK from Yokohama, Japan, and for the first time in 1864 berries were produced in London. So you need both males and females in close proximity to producing berries. It grows to about 2.5m or 8ft.

Aucuba japonica is easy to maintain, requiring minimal pruning if any at all, simply shape it and remove any unwanted leaves or branches. Propagate this plant by cuttings softwood in summer and hardwood cuttings in autumn. 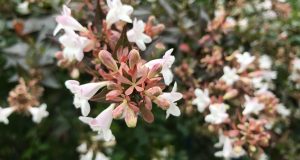 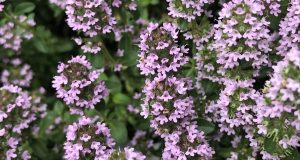 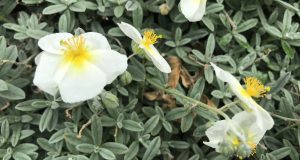