Nicotiana tabacum is from the Solanaceae family of plants. It is also known as the Common Tobacco Plant, Queen Mother Herb, Virginian Tobacco Plant. It is native to Central America and the Caribbean. Nicotiana tabacum is a herbaceous annual plant. French botanist and physician Jacques Daléchamps (1513-1588) gave its first name Herba nicotiana in 1586. It was brought to Europe a few years before by the French ambassador to Portugal Nicot de Villemain and it was not until the 17th century that it was introduced in Africa. Besides the use of tobacco as we know it, the extract of the leaf which was a poison was also used in criminal activity.

Nicotiana tabacum can grow up to 2.5m or 8ft tall. It usually has large green leaves. The flowers which are pinkish-white are trumpet-shaped and night-scented. exude flowers in the summer between June to October. Deadhead the flowers to extend the flowering season. All parts of the plant are sticky and covered in hair which secretes a yellow substance containing nicotine. You can cut them back in autumn or after flowering. They are tender perennials grown as annuals and in milder climates can survive the winter.

Propagate Nicotiana tabacum from seeds planted in early spring undercover. They are generally easy to grow. Plant them in sun in moist but well-drained soil. Nicotiana tabacum due to its fragrant is used near-certain vegetable gardens specially cabbages and mustard plants, as it prevents large cabbage white butterflies from laying their eggs. However, the Potato Tuber Moth likes to lay its eggs on the Nicotiana tabacum. Most of the plant except for its seed does contain Nicotine. Nicotiana tabacum also absorbs heavy metals from the soil and deposits it in its leaves. The plant is used in a variety of ways in traditional medicine. 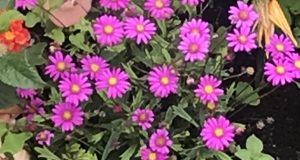 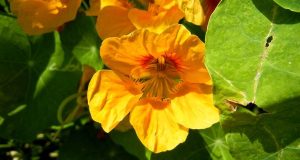 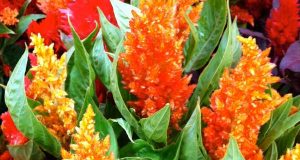