Tropical waterlilies must have a minimum of 5 hours direct sunlight and more sun means more flowers. They require at least 6in or 15cm of water over the soil. Plant them in any garden soil but not peat moss or bark, in general, you should not use a material that will float in the water.

You should fertilize waterlilies during their active season, meaning summer. Watch out for algae and try not to use chemicals to control it as it can hurt your plants. Use Anarcharis or other plants that will help control it naturally. Remove debris and yellowed leaves and flowers from your pond. Some animals consume waterlilies and if they exist in large enough numbers can destroy your waterlilies. These include turtles, crawfish, duck, and even large Koi fish. Tropical waterlilies unless they are in warm climates are treated as annuals. 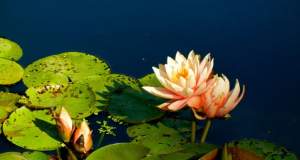 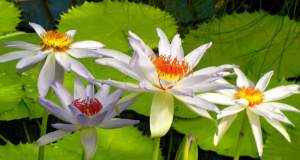